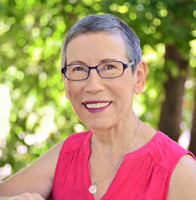 Yvonne's background education includes a B.A., with psychology major, from the University of Toronto, and graduate of Toronto Teachers' College.

Yvonne has studied Lomi Lomi with four different teachers for over 20 years.

In 1990, not expecting to embark on such training, she was invited by a friend to see a video of a Hawaiian Kahuna. She was so drawn to the teachings that after viewing the video, she committed to attend 2 demonstrations and made an appointment to receive a Lomi from the first teacher. Subsequently she attended every training that was offered by that teacher in the Toronto area for several years.

In 1994 Yvonne accepted an invitation to attend a training with her teacher in Australia for 6 months, and then she backpacked around the world before returning home.

Her learning with subsequent teachers has rounded her into the fullness of her being, and she offers her inspired work with sincere commitment to the well-being of each person who receives a Lomi Lomi with her.

Yvonne was the first Lomi Lomi practitioner to introduce Lomi sessions at Ste. Anne's Country Inn and Spa near Grafton, Ontario. Lomi was very well received there. In 2002 she returned to Ste. Anne's to assist in training 4 new practitioners.

Yvonne's work, and indeed her life, is an ongoing commitment to opening to the Truth of Divine Love, through which all things are possible.