What is Lomi Lomi? 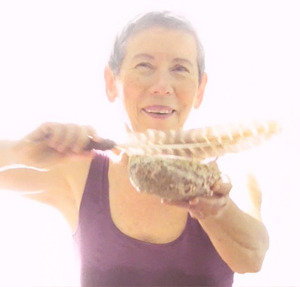 Lomi Lomi is ancient Hawaiian bodywork. It is a gentle, flowing massage, using graceful movement, and was traditionally performed for thousands of years by the Kahuna (Hawaiian experts or masters) as a spiritual, transformational rite of passage at times of change in people's lives.

Lomi Lomi is a combination of massage and energy work that aligns the body, mind and spirit. During the session the practitioner uses breath, dance, and music; the breath is the universal life force energy; the dance or movement pattern is a prayer in motion aligning us on all levels of our being; the music adds beautiful, uplifting, meditative energy for the body, mind, and spirit to soar.

You are invited to set an intention or goal at the beginning of the session. This energetically aligns all elements of the Lomi Lomi to support your well-being and progression in life.

The skin, which is the largest organ of our immune system, reflects our stresses and life concerns. Lomi Lomi uses warm oil (usually grapeseed oil) to assist the practitioner in gliding their forearm or hands down your body in a soft, non-intrusive, wavelike motion. The result is usually a peaceful, enjoyable, deeply relaxing experience.

Lomi Lomi is practised in the spirit of ALOHA (divine unconditional Love). The practitioner silently intends that Love is coming through to you and lifting you on your path in life.

Where does the name Lomi Lomi come from?

In the Hawaiian language, Lomi Lomi means "massage" and also "breaking up into small pieces". In other words, Lomi Lomi breaks up old patterns in one's life and presents an opportunity for new awareness and conscious choices for one's life to move forward.

How is Lomi Lomi beneficial to your overall health and well-being?

People report many benefits, such as:

* Clearer mind and ability to focus

What distinguishes Lomi Lomi from other types of massage?

The key is that Lomi Lomi is Hawaiian and reflects that culture. The ancient Hawaiians were peaceful, loving people living in a paradise of abundance and nourished and guided by nature. The people did not have illness. Their lives were loving and balanced in the natural flow and their senses were open to learning from the whole universe.

Who were the Kahuna?

In Hawaiian, KA means "keeper", HUNA means "secret". The Kahuna were keepers of the secret. They were the male and female leaders or masters of society; the healers, lawmakers, priests, canoe builders, herbalists, and prayer-makers who were trained to work with the energies of the Cosmos, the Earth, and the Individual. They knew that everything that happened to them was registered in the body, and that old patterns and beliefs needed to be changed in order for them to move forward in their lives. And this is the belief that is still held today.

How may one prepare for a Lomi Lomi session?

Prepare for a Lomi Lomi on all levels of your being:
* Shave any sharp bristles
* Clip and file any sharp nails
* Fast or eat lightly and healthfully beforehand
* Contemplate your intention or heart's desire for your life at this time
* Choose to be gentle and accepting of yourself